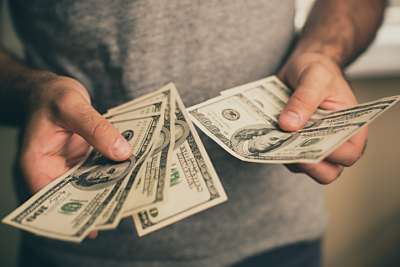 Drug addiction is one of the most expensive lifestyles on the planet. Many drug addicts who are heavily addicted find that they’re spending more than a hundred dollars a day on the drugs that they need. Some users spend significantly more than that.

However, it’s not just the financial aspect of drug addiction that can be considerably expensive. Drug addicts also pay for their habits with their friends, their families, their homes, and sometimes even their lives.

The psychological and emotional cost of a substance abuse addiction can be challenging to cope with. Unfortunately, the stress and pain associated with these high costs often drive drug users right back into addiction. In this article, we’re going to discuss some of the different costs involved in being a drug addict. Drug Addiction vs. Drug Use

Before we discuss the incredible costs of drug addiction, it’s important to clarify the distinction between drug users and drug addicts. Not everyone who uses drugs can be classified as an addict, and in truth, some drug users do not develop an addiction problem.

Recreational drug use, which is on the rise throughout the world, describes the use of drugs in a non-habitual and non-addictive manner. Some recreational drug users may use drugs once a week, whereas others may only use them once a year.

Recreational drug use doesn’t lead to as many problems as drug addiction; however, it should be considered just as dangerous. The reason for this is that people run the risk of developing an addiction even if they only use drugs a single time.

Naturally, the cost of recreational drug use will be much less than that of full-blown drug addiction.

Drug addiction describes when a person becomes either psychologically or physically addicted to a drug. These two definitions can have different implications.

Other, more addictive drugs, like methamphetamine, can cause very serious psychological dependence quite quickly. Even a single use of a powerful drug like this can cause a user to feel unsatisfied with their natural psychological state. This creates a strong desire to keep using the drug.

Drugs like opioids, for example, cannot be stopped without the user experiencing serious withdrawal symptoms. These withdrawal symptoms can be relatively manageable when the person is not seriously addicted – things like a runny nose and a cough – or can be much more serious and persistent, including persistent vomiting, shaking, sweating, and cramping.

The Costs of Addiction

Whatever type of addiction an individual may experience will be costly. An individual pays for their addiction not only with money but with their emotional and physical health. During an addiction, a drug user might come to lose many things that are important to them.

The Financial Cost of Addiction

The financial cost of addiction is a big reason that the stereotypical drug user exists: disheveled, wearing dirty clothes, and living on the street. While this is an extreme case, this reality exists for many people.

Not everyone reaches the point of losing their homes, however. Many people, known as high functioning drug addicts, can maintain their jobs and homes while they have a drug addiction. Unfortunately, instead of spending their extra funds on recreational activities, hobbies, evenings out, or other enjoyable things, they spend most of their income on drugs.

A large number of individuals who end up living on the street are physically addicted to drugs like opiates. These drugs have a stronger pull because if a user doesn’t get their daily fix, they will become violently ill. This illness is often unpleasant enough that users would rather spend their rent money, food money, and clothing money on drugs to avoid getting sick.

The Emotional Cost of Addiction

One of the most challenging things about addiction is the high emotional toll that it takes on the addict and those who are close to them. There are several reasons for this.

The recognition, understanding, and acknowledgment of our emotions are incredibly important. If we do not acknowledge our feelings and learn how to deal with them, they don’t simply go away. Instead, they are ‘bottled up‘ and will inevitably rise to the surface and explode.

This is an unhealthy habit to fall into even during the best of times. Unfortunately, drug addicts are often dealing with a great deal more emotions than the average individual. They may experience shame, anger, sadness, and grief as a result of their addictions. Many of them find themselves in violent, dangerous, or shocking situations and have no way to cope with their feelings aside from doing more drugs.

This means that, during the years of their addiction, drug users will be carrying tremendous emotional debt. In some cases, many years of therapy are required to help the individual manage these problems.

Furthermore, being addicted to drugs can stunt the emotional growth of an individual. They may emerge from their addiction with a level of emotional maturity that does not match that of their peers, who have been able to work through their emotional issues in a healthier manner.

The Psychological Cost of Addiction

The reason that all addictions can cause problems is because of the way that our brain responds to pleasure. When we experience something that we deem pleasurable, a part of our brain known as the mesolimbic reward pathway floods with dopamine. This is the ‘reward’ that we receive for engaging in a pleasurable activity.

It is this flood of dopamine that many people become addicted to. Unfortunately, continually flooding our brains with dopamine with pleasure-seeking activities ultimately leads to a process known as downregulation.In this sense, our brain becomes less sensitive to dopamine, requiring higher amounts to experience the same amount of pleasure.

When we’re dealing with drug addictions, the problems become much more intense because drugs directly interact with our brain’s neurotransmitter systems. These are the systems that regulate all of our mental & physical functions, including our moods, our sleep schedule, our appetites, and so on.

By directly influencing these systems, drugs can downregulate them and lead to several problems in the long run. While these systems do eventually upregulate, it can take many months or years.

The Physical Cost of Addiction

Many drugs are known to cause serious physical problems. When used in excess, they can do irreparable damage to the body and brain.

Furthermore, some of the lifestyle habits of drug addiction can accentuate these problems:

All of these things, combined with the neurotoxic nature of some drugs, can work in conjunction to cause serious damage to a drug user.

These are just a few of the things that might occur if someone is addicted to drugs over a long period.

Drug addiction is a very costly lifestyle, not only in terms of finances but in terms of the physical and mental well-being of an individual.

If you or a loved one are struggling with an addiction, understanding the high cost of this lifestyle choice can help encourage you to seek help for the problem. Call Recovery Connection (866) 812-8231 to speak to an addiction specialist today.

« How Does Meth Affect Relationships?
What Are Some Successful Intervention Strategies? »